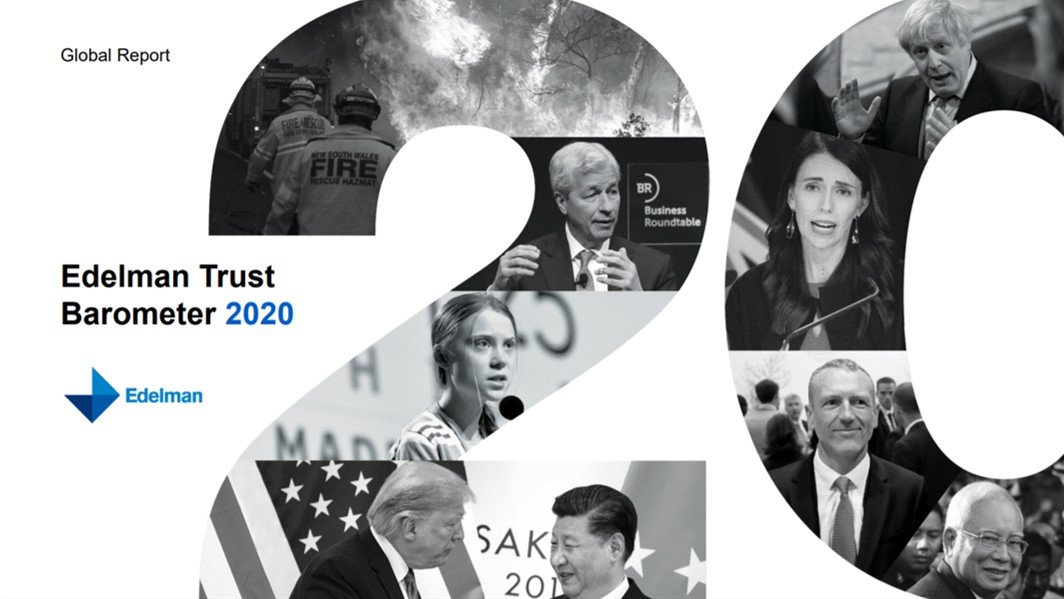 The Edelman Trust Batometer is an annual survey, designed to measure trust and credibility around the world. Edelman have been running this survey for 20 years now, benchmarking the populations trust in the Government, business, NGOs and the media.

This year’s survey results depicted a major shift in the public’s belief system. Surveying 34,000 people in 28 countries, the results have highlighted that despite a strong global economy, and near full employment, there is currently widespread distrust in our main societal institutions – Government, business (2019’s most trusted), NGO’s and the media. This is a first, in what Edelman are calling a “trust paradox”.

Since it’s initiation, the Trust Barometer has demonstrated that economic growth has fostered rising trust. This is no longer the case within our developed markets, where national income inequality now affects trust more than economic growth.

56% believe capitalism today causes more harm than good, with a +3pts increase in the belief that the system is failing people, specifying both a sense of injustice and a desire for change.

For the first time, we are seeing a growing sense of inequity between the two audiences. The informed public are much more trusting in 19 markets, compared to the mass population, with 23 markets showing double-digit trust gaps, 8 of which are at an all time high.

The informed public are much more trusting of NGOs, business and the media, compared to the mass population who have no trust in any of the four institutions.

People’s fears about their future are driving this trend, with less than 1 in 3 people who believe that they and their families will be better off in 5 years time. There are now 15 key markets which represent this sentiment, vs 14 last year.

Drivers behind this remain pretty much the same as last year’s results:

83% fear they will lose their jobs to automation, a looming recession, lack of training, immigration or the gig economy

This level of worry and distrust exists not just with employers, but with the Government, technology and the media. Indeed, 61% of respondents said the pace of change is too fast and 66% worry technology will make it impossible to know if what people are seeing or hearing is real. This is supported further: 76% said they worry about fake news being used as a weapon (+1% increase on prior year) and 57% said the media they consume is contaminated with untrustworthy information.

Additionally, 66% stated they do not have confidence that current leaders will be able to successfully address the country’s challenges. What little trust does remain, exists at a much smaller scale. Scientists are now viewed as most trusted when it comes to addressing challenges, followed by “people in my local community” and “citizens of my country”.

In a period of record-highs of distrust, the population are looking for a credible source. Edelman propose that institutions prioritise balancing competence with ethical behaviour to rebuild trust.

Becoming a force for good

The past 12 months have seen more protests and demonstrations than prior years as more people take change and the future into their own hands. With trust developing on a more “local” level, people feel more in control over making change happen. More than ever now employees at work expect to be heard; 73% expect the opportunity to shape societal issues and 73% also expect to be included in planning, whilst externally, consumers identify themselves are belief-driven buyers demonstrating the value the business and brands can add as a driving force for good.

Edelman state: “People’s expectations of institutions have led us to evolve our model for measuring trust. Trust is granted on two attributes: competence (delivering on promises) and ethical behaviour (doing the right thing and working to improve society). It is no longer only a matter of what you do, it’s also how you do it”. This includes areas around transparency, sustainable supply chain, paying fair wages and retraining.

The irony is that no institution was found as both competent and ethical. Only businesses were ranked as competent and only NGOs were recognised as ethical, whereas the Government and media were ranked as both incompetent and unethical, and all four institutions are seen as unfair. However it was recognised that businesses have the most opportunity for impact here, due to the greater degree of flex available to them, in fact Edelman’s findings concluded that people are 3x more likely to trust a company if they think it acts ethically rather than just competently.

“We’ve learned that ethical drivers such as integrity, dependability and purpose drive close to 76% of the trust capital of business, while competence accounts for only 24% – trust is undeniably linked to doing what is right”

Businesses can be a catalyst for change and quite rightly, Edelman state that CEOs need to understand that their mandate has changed. Business needs to serve the interests of all its stakeholders, not just shareholders, and CEOs are expected to lead from the front.

92% of employees say CEOs should speak out on key issues, including retraining, automation, the ethical use of technology and income inequality, and 74% believe CEOs should take the lead on change, instead of waiting for Government to impose it. In fact, 73% believe a company can be a force for good, whilst still making profit.

However results clearly state not one institution is solely trusted to address the challenges and take action. A partnership between business and Government is needed in order to protect workers and fund training to affected employees. Only in a true partnership between institutions, can trust be restored with the public.

You can access the full set of results here.

This site uses Akismet to reduce spam. Learn how your comment data is processed.

Interview: preparing for your first 90 days

The lonely world of Internal Communications (but it's not all bad) 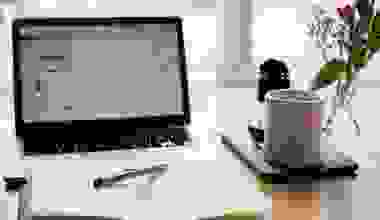 Read More
Now in its 19th year, the Edelman Trust Barometer is Edelman’s annual trust and credibility survey. Over the…
EExternal research 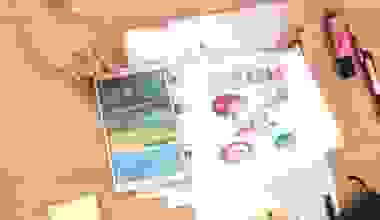 Read More
Last week, Gatehouse launched their biggest State of the Sector report to date. The global report is designed…